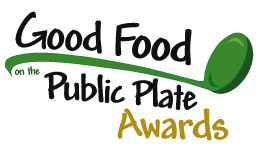 On 15th March 2012, the cream of London’s public sector gathered to receive the prestigious Good Food on the Public Plate Awards for serving more healthy and sustainable food to London’s schoolchildren, students, and hospital patients. The awards were presented at City Hall by Rosie Boycott, Chair of the London Food Board which advises Mayor Boris Johnson on food issues in the Capital. 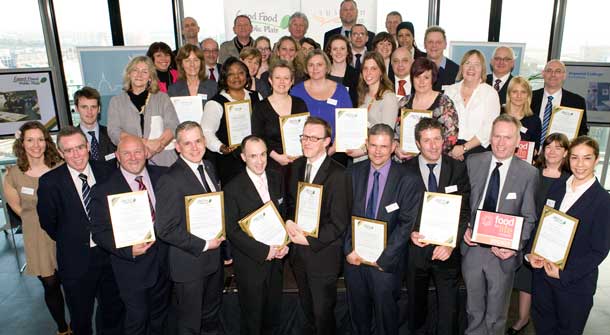 The award ceremony marked the completion of the three-year Good Food on the Public Plate project that has contributed to implementation of the London Food Strategy and promoted a positive legacy from the London 2012 Food Vision – the healthy and sustainable food standards for the London 2012 Olympic and Paralympic Games. The project has successfully increased the amount of meat from British farms and traceable systems, increased the use of meat and eggs from cage-free chickens, and promoted uptake of sustainable fish, to a standard that has also been adopted for catering in national government departments and the armed forces. The project brought London boroughs and universities together to award cost effective food supply contracts meeting sustainability criteria, as well as providing support to other London boroughs to help them secure contracts for good food at lower prices.

Louise Maxwell Symington, Co-ordinator of the Good Food on the Public Plate project, run by the charity Sustain and supported by the Mayor of London, commented, “Working with Good Food on the Public Plate, our award-winning public institutions have proved that it is possible and cost-effective to serve good food to London’s schoolchildren, hospital patients and students, in a way that also benefits British farmers, farm animals and the environment. We encourage all of London’s public sector institutions to follow their inspiring lead.”

The full list of organisations winning Good Food on the Public Plate 2012 awards is: