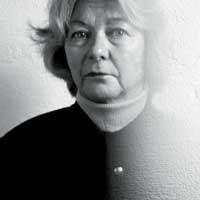 The Food and Mental Health Project arose out of the realisation that more attention needed to be paid to the growing evidence linking food to mental health and behaviour.

In January 2004, Sustain hosted a meeting of many of those working in the area, including researchers, patient representatives, nutrition experts and many others. At that meeting it was agreed that a Sustain project would be useful to raise awareness of the issue and link previously disparate individuals and organisations working towards the same goal.

Funding was granted by the Tudor Trust for Sustain to produce an in-depth report of the evidence, concluding with policy recommendations. At that point, Sustain partnered with the Mental Health Foundation (which had attended the original networking meeting) to work together on the report.

The outcome of that partnership was two companion reports, Changing Diets, Changing Minds: how food affects mental health and behaviour (for a food policy audience) and Feeding Minds: the impact of food on mental health (for a mental health audience), which were released on the same day in January 2006. The reports received a great deal of press attention, both in the UK and internationally.

Since the release of the reports, Sustain has continued to work towards implementing some of the policy recommendations.

Food & Mental Health: The project promotes understanding of the links between good diet and mental wellbeing, addressing the many implications of the growing evidence linking what we eat to the way we feel and behave.