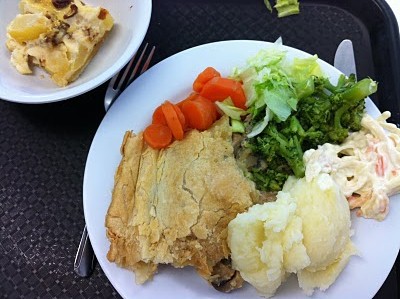 Children eating healthy school meals have been shown to have health and educational benefits. But with school meals costing an average of £365 a year per child, they’re unaffordable for many families.

The introduction of the new Universal Credit welfare system from 2013 means that the criteria for free school meal eligibility will be changing. This is a great opportunity to address the problems with the current system, which mean that many children living in poverty are not entitled to free meals, and that families typically lose their free school meals when they move into employment, meaning that they can end up worse off from working.

The Children’s Food Campaign believes that, because healthy school meals can help children learn and develop healthy eating habits, there is a good argument for universal free school meal provision in the same way that pupils are provided with stationery and computers.

But in the short-term, as part of the welfare reforms, we’re calling for a simple and effective system in which all children whose families receive the new Universal Credit benefit are entitled to free school meals.

In 2011 we asked supporters to write to Education Secretary Michael Gove to call for a better system.

In spring 2012 we joined the Children's Society in their 'Fair and Square' campaign call: to ensure that under the new reforms all children living in poverty are entitled to free school meals.

We will be launching a new campaign action once the government consultation has finally been launched.

Download our briefing about options for the new criteria for free school meals.

Read more about the benefits of universal free school meals.