The Government is asking for feedback on its plans to the replace the Right to Contest with the Right to Regenerate to make it easier for communities to buy public land underused public land for affordable housing and other community spaces. In reality, the proposed 'Right to Regenerate' will make it easier for developers to bypass local plans. The consultation ends on 13 March and we have shared our response below. 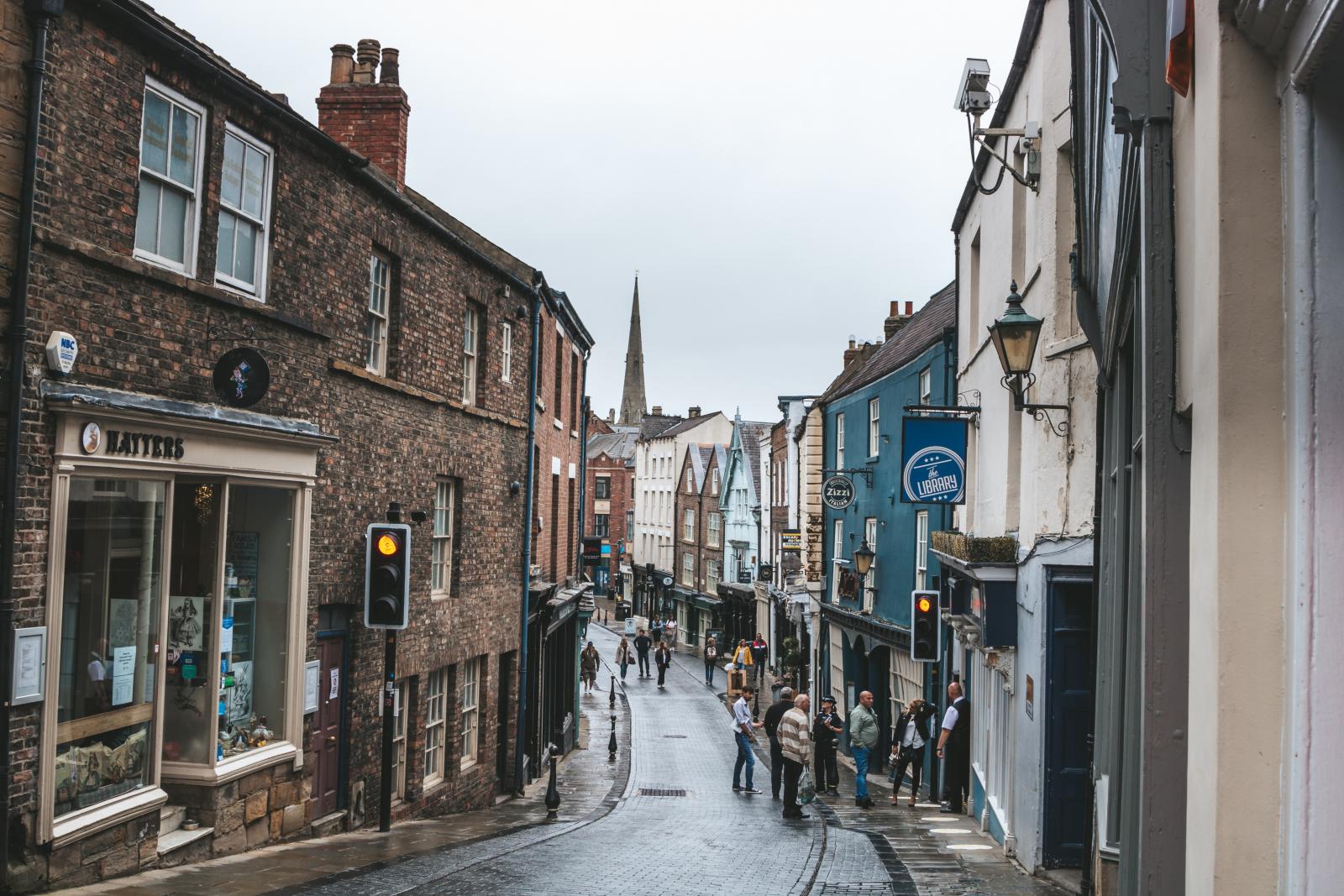 Do you consider the Right to Contest useful?

Currently the Right to Contest isn’t used in in terms of community need and does not sit coherently within the wider policy framework, and anything that replaces it needs to address this shortcoming.

The Right to Regenerate therefore needs to have a clear focus on community regeneration,  fit with local plans and prioritise disused spaces for social enterprises, community-owned businesses and community assets that will benefit more people and keep these assets in public ownership, rather than benefiting developers for the purpose of profit.

Publicly owned land should not be sold for regeneration but instead ‘unused’ land should be offered to community-focused enterprises and ensure these assets and spaces can support future generations. Once public assets are sold, they can no longer be guaranteed to serve the community.

We believe that a new Right to Regenerate should give priority to local organisations and enterprises that have an established relationship with and responsibility to their communities, contribute to the local economy and provision of community services, safeguard biodiversity over entities with no local ties and no established process of accountability to the local community.

Do you think there are any current barriers to using the right effectively, and if so, how would you suggest they be overcome?

The new Right to Regenerate should address the following issues:

Guidance needs to be clear on what constitutes an “intended use” agreed through the local plan. If land remains to be unused for a pres-established  amount of time, the community should be able to lease the land from the local authority but the land should not be sold.

Should the government incentivise temporary use of unused land which has plans for longer term future use?

Yes. This is a perfect opportunity to offer ‘meanwhile’ spaces for new and young small businesses in the region to start their ventures without the constraints of unaffordable rents that they are also contractually tied into. This also means that spaces with ‘intended use’ can also be freed for short term use. Consideration needs to be given to length of agreements and leases as many uses can take time to set up e.g. farming and food production.

Should the government introduce a requirement for local authorities to be contacted before a request is made?

Yes. There is a clear disparity between the resources held by community benefit organisations and larger private developers in terms of navigating planning applications. We recommend a process of involving the council and local community and voluntary sector networks before formal request is made as a way to level the playing field and avoid creating a system that gives preference to larger and more resourced developers.

Any discussions about the future use of land should be open and transparent, for example, through the planning system. If there is a request to use land rather than own it, then local authorities should have an open dialogue. This could help ensure the assets are used for public good as the local authority would be able to monitor the use of spaces. Community-oriented organisations are often not able to raise the cash value of these assets if they are put up for sale, despite the public goods and services they bring and the savings they provide to local and national government e.g. health value of community gardens and community farms.

Should the government introduce a presumption in favour of disposal of land or empty homes/garages where requests are made under the right?

No. There should be a presumption of keeping land in public ownership for the benefit of the community.

Assets released by the Government and local authorities should be used for sustainable development in line with NPPF and Local Plan taking into considerations the need of the community.

Sustainability of communities, social values, health, employment, climate and nature should be prioritised and given weight alongside other considerations like meeting local affordable housing need in the decision-making process. A system preferencing approval without further exploration of other knock-on effects on the local communities can be disastrous for community access to vital services, support and wellbeing.

Do you agree that the government should require these publicity measures where requests are made under the right?

Transparency on requests for access to assets is important so that the general public can see where requests are coming from and how they should be dealt with. This may lead to partnership approaches which could establish the best use for the assets rather than the sale.

Should government offer a ‘right of first refusal’ to the applicant as a condition of disposal?

No. Already, the resource and expertise involved in identifying and contesting under-resourced public land gives preference to private developers and other businesses, who are less likely to have systems of accountability to local communities. This process should trigger community involvement and consultation, alongside mapping of wider community, environmental and economic benefits of the proposed change of use of the public asset.

The Government needs to develop a framework which prioritises applications from organisations, charities, communities that will use the land for regenerating their local area for public and social good, that increases jobs and contributes to the green recovery. This should favour organisations and enterprises that contribute to the good food economy. If market value needs to be achieved then ‘right of first refusal’ is not adequate . Instead, the priority should not be to sell land and assets but to repurpose.

However, access to spaces and assets including land and buildings is a huge factor which limits the development of diverse, regional food supplies as enterprises are working on smaller margins and less land or space. If the Right to Regenerate were to prioritise the use of the spaces for the production, development and retail of healthy food, for example for: spaces for more food markets, community kitchens for use of small food caterers and enterprises, land for entrant farmers, there would be more jobs created for the local community and more money staying within the local economy with a much smaller impact on climate and nature.

It is important that there are mechanisms in place to prevent the Right to Regenerate scheme favouring housing developers where the development has no added value, as opposed to shops, schools, food markets, community centres.

In the 2020 Green Book Review, HM Treasury made clear that “all proposals that concern... changes to the use of existing public assets and resources… both achieve government policy objectives and deliver social value - - i.e. that maximise the delivery of economic, social and environmental returns for UK society.” The Right to Regenerate should be consistent with the NPPF, the Green Book and other aspects of government policy. This will not only be more consistent, it will also make the Right more effective.

The Right to Regenerate should prioritise assets for the development of local food infrastructure for many reasons including:

Do you have any additional suggestions regarding reforms that could improve the effectiveness of the Right to Contest process?

The Right to Regenerate should be focused on keeping assets publicly owned and creating public goods and benefits.

It should be broadened to apply to privately owned land and assets that are wholly or mainly, abandoned or neglected or where the underuse or management of the land is causing harm to the wellbeing of the community. This should include empty shops on high streets to support the regeneration of high streets, including larger department-sized shops which could be repopulated with several smaller enterprises. This should also include unused land in peri-urban environments where urban agriculture would be able to meaningfully feed the local community.

It could allow for access to ‘meanwhile’ leases for areas where there is intended use for the land or assets but where they are awaiting planning permission.

The right to contest private unused land in the name of regeneration would encourage landlords and land owners to better use their assets as it would encourage increased discussions between land owners, local authorities and communities which could lead to more of a partnership approach to the use and develop of unused spaces. Networks such as Sustainable Food Places exist between third sector, public sector and local communities to develop local food economies. Private land owners could benefit from existing expertise and networks to regenerate land which would benefit the local food economy.

There should also be better mapping of public land so community led projects know what publicly owned land is available and can develop a partnership approach to improving these assets were underutilised in their region.

Sustainable Food Places: The Sustainable Food Places Network helps people and places share challenges, explore practical solutions and develop best practice on key food issues, so if you are working to drive positive food change or are interested in developing a programme, please do get in touch.