Amid a pandemic, economic downturn and a nature and climate emergency, many local areas will host council and Mayoral elections on the 6th of May 2021. Sofia Parente of Sustainable Food Places explores why you and your organisation should get involved to ensure your vision on good food shapes the area you live in. 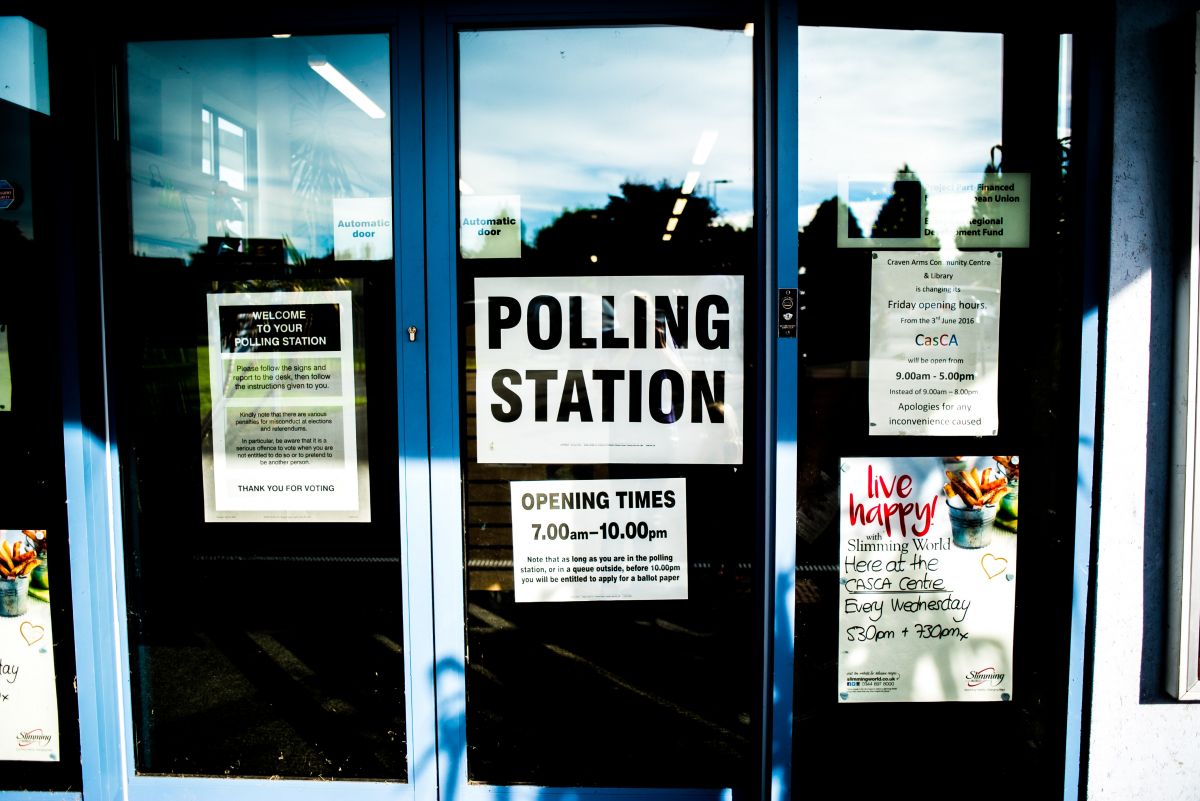 If you care about good food there is a unique opportunity in 2021 to ensure your vision and ideas shape the area you live in. Justifiably, a lot of the spotlight will be in the elections for the Scottish Parliament and the Senedd Cymru, the Welsh Parliament but we would like to explore why you and your organisation should get involved if your local authority area in England is holding elections.

As soon as your candidates are announced, write to them to introduce yourself, your organisation or food partnership, and ask them where they stand in the issues you care about. Send them your ideas and priorities.

This has been a year like no other. There was a hardly a day when food was not in the headlines since the start of the pandemic. From empty shelves in supermarkets, sub-standard emergency food boxes, an explosion of demand for food banks to the campaigning spearheaded by footballer Marcus Rashford for children’s food, UK Government’s role in keeping the country fed has been under the sort of scrutiny not seen since the Second World War. Despite the focus on national headlines, the truth is that much of the response in terms of emergency food provision has been delivered locally.

In the early days of the pandemic, back in March 2020, Government was able to identify and support a narrow cohort of people needing help to access food, notably children on free school meals and clinically vulnerable people. But this was just the tip of the iceberg. Many local authorities were able to identify a much larger number of people experiencing difficulties in accessing food and real hunger whether due to disabilities, no recourse to public funds or simply suddenly losing their jobs in the economic downturn triggered by the pandemic. In places where there were food governance mechanisms in place, the coordination between public sector, third sector and businesses to deliver emergency food aid happened rapidly and much more efficiently. In many places, food partnerships played a central role in this work and were the well-oiled wheels behind an impressive response.

But arguably the most important response to Covid is yet to come. How are we going to rebuild our economy and our ravaged high streets and neighbourhoods post-Covid? What will happen to the hundreds of thousands of people affected physically and mentally or left unemployed, and the businesses that had to close their doors, many of them cafes and restaurants? And what role might food and farming have in all of this? Again, much of the response will be decided and delivered at the local level.

The truth is that a lot of things are decided at the local level, not just in times of emergency. A portion of our taxes are paid to local authorities in the form of council tax, which pays for education, planning, social care, parks and much more – things that define our prospects in life and our identity. If you are struggling financially, can’t afford food, and can’t find your way around support and advice, you can, in theory, turn to your ward Councillor and Council Leader. Struggling to find an affordable property to rent for your start-up business? Tired of seeing rubbish in your local park on your way to work? Your kids are unhappy with the quality of their school meals? You’ve been in a waiting list for an allotment for years? You want your city to go carbon neutral? These are also issues your local leaders can and should help with. And that’s just a few examples. Many things that impact our daily lives happen on a local level and are influenced by local politics and local leaders. The devolution agenda has not only put more power in the hands of Scots, Welsh and Northern Irelanders but in England, Combined Authority areas and their elected Mayors now command considerable budgets and authority over things like economic development, housing or health and social care.

We are constantly bombarded by national stories, but if we turn to consider all the things that are decided at the local level, we face an exciting new window of opportunities to change the world around us. Unlike the political manifestos of MPs standing for national elections following well-defined party lines, local candidates shape their local manifestos not just by the broad lines of their parties but by local priorities, the character of the place and the concerns of their constituents. To give a recent example from the October half-term, despite the Government refusing to extend support to free school meals for children in England, many local authorities, including Conservative-led ones, stepped up and paid for free school meals for their most vulnerable children. Another distinctive feature of local elections is that unlike the national politics dominated by two parties, there are plenty of elected Councillors from other political parties or independent from political affiliation.

Where are elections taking place?

It’s good to emphasize at this point that elections are not taking place across the board. Here’s where they are taking place:

A time like no other to talk about good food

Unlike other local elections where food was hardly mentioned as a key issue by candidates, concerns like emergency food provision, free school meals, recovery of the local food economy, the nature and climate emergency or access to food growing spaces and other green spaces are much more likely to be on the radar of those standing for local elections this time round.

The period of campaigning preceding the local elections is also a great opportunity to develop a good relationship with your future Council Leader or Mayor, arguably the most influential person who can endorse and support the causes you care about, your project or food partnership. As soon as candidates are announced, write to them to introduce yourself, your organisation or food partnership, and ask them where they stand in the issues you care about. Send them your ideas and priorities. An early approach is much more likely to shape their manifestos. And plan to follow up with the winners after the election, as these could be your valued allies in the Council.

Candidates will be in listening mode and willing to participate in hustings and events to reach out to as many voters as possible. Even if you can’t organise your own event, participate in events organised by others in your local area and ask them questions about the issues you are passionate about and want to see sorted. Invite them to visit your project, community growing space or food partnership and share your vision. Many candidates will be doing doorstep visits, standing in transport hubs or other places where people congregate, for a chance to give you a leaflet and speak to you. Why not give them your ideas in return?

It’s a climate and nature emergency: We’ve got to talk about meat

Sofia has been working at Sustain since 2015 and now coordinates the Veg Cities campaign, which encourages local areas to grow, cook, sell and save more vegetables.