The Perfect Pinta (Food Facts No. 2)

Milk is bought regularly by over 90 per cent of households. This report examines the way milk and other dairy products are produced and the impact this has on the environment, animal welfare and our health. 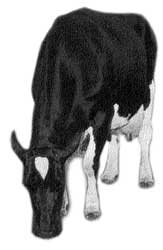 Over 90 per cent of British households regularly buy milk, but a new SAFE Alliance (now Sustain) report on the environmental costs of milk production raises concerns about the sustainability of this industry.

The report criticises the emphasis on high milk productivity when farmers are already producing surplus milk, with its attendant animal welfare and waste problems, over-use of animal pharmaceuticals, loss of biodiversity, and the environmental damage caused by long-distance transport.

The report examines issues of concern on animal welfare, the environment and the sustainability of the industry, including:

The poor cow: Another aspect of dairy intensification is that there are fewer cows and they are required to produce far more milk than they did twenty years ago. The average cow's milk yield has increased from 3,000 litres to 5,810 litres per year. This has been achieved by a combination of selective breeding, culling of animals past their peak performance, improving grazing by reseeding and/or using fertilizers.

Milk mileage: In addition, feed concentrates high in protein are fed to some dairy cows. These include soya bean and soya cake, wheat and barley feeds, milk powder and fish meal. Much of this feed is imported from overseas and it is estimated that for every acre farmed in the UK two more are farmed overseas in order to meet the feed requirements of intensively farmed livestock, including dairy cattle. Soils in developing countries suffer nutrient depletion due to the intensive production of crops for export and huge areas of land are taken up growing food for cattle in Europe rather than contributing to local food security.

Environmental issues: Transport of animal feed from many thousands of miles away results in increasing levels of air pollutants and greenhouse gas emissions. Furthermore, this imported animal feed is allowed into the EU without tariffs which means that it displaces European-grown wheat which is then exported with a subsidy, increasing the food miles still further at the expense of the European taxpayer. There is also an environmental threat from the waste slurry produced by cattle kept indoors for long periods.

Hormone use: Intensification driven by considerable financial support through the European Common Agricultural has led to milk production in excess of the demand. Despite this overproduction of milk, there are moves to introduce Bovine Somatatrophin (BST), a synthetic hormone produced by genetically modified bacteria and injected into dairy cows to increase milk production. There are 21 animal health problems for which cows injected with BST have an increased risk, including mastitis (an infection of the udder). Concerns about use of BST also include increased levels of IGF-1 in the milk produced. A raised level of blood IGF-1 in humans is associated with increased risks of certain cancers. The European Union has imposed a temporary ban on the use of BST in Europe which runs until 31 December 1999. In the USA however, the Monsanto corporation is permitted to market its BST product Posilac®. There is no ban on the import of American dairy products produced using BST.

The report concludes with recommendations for consumers: