The Pear Essentials (Food Facts No. 3)

Despite increasing consumer interest in eating more fresh fruit, over half of the nation's pear orchards have been destroyed in the last thirty years. This reports show how the UK could be using fewer chemicals and growing more varieties of pears. 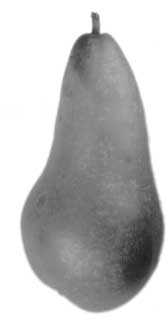 There is growing concern about the environment and farming practices, and how our food production systems and distribution systems may be contributing to problems such as transport pollution, global warming and loss of wildlife and biodiversity.

The report(s) examine issues of concern for consumers, producers and the environment, including:

Disappearing orchards: Apples and pears are traditional UK orchard crops but in the last thirty years half of our pear orchards and over 60% of our apple orchards have been destroyed. Traditional orchards are valuable habitats for wildlife and their loss has an important negative impact on nature conservation.

With the loss of so many orchards, production of apples and pears has fallen, although consequent increasing intensification of production has partly compensated for this fall. Intensively managed orchards are much less hospitable for wildlife - for example traditional orchards support twice the number of birds and a greater range of bird species. The intensification therefore has a further negative environmental impact.

Biodiversity - variety was once the spice of life: Apples and pears are important both for the wildlife supported by traditionally managed orchards and for the many varieties of fruit which exist, often with traditional local, culinary and seasonal uses. At the same time as the destruction of orchards, there has also been a concentration on production of fewer varieties of apples and pears.

Although there are 2,300 apple varieties and 550 pear varieties in the National Fruit Collection, just two apple and three pear varieties now dominate UK orchards. Biodiversity - the genetic variation within and between species - has therefore been reduced from two directions.

Increasing food miles: Lower UK production has led to more imports of fruit from overseas. In turn this is leading to increased environmental damage due to factors including increased traffic pollution, road building, and the extra packaging and storage needed for long-distance transport.

Health and Healthy Eating: Another problem of long-distance transport of food is that, in order to preserve the fruit during transit, they are routinely treated with post-harvest pesticides and waxed to prevent wrinkling, improving their appearance and extending their shelf-life. Unlike the chemicals used while the fruit are being grown, the post-harvest pesticides are intended to stay on the fruit. Fruit sold in the UK does not have to be labelled as treated or as waxed, so the only way to avoid such fruit is to buy organic or fruit specifically labelled as not having undergone post-harvest treatment. The Department of Health now recommends peeling orchard fruit to help avoid pesticide residues being eaten by children.

Apart from such health concerns about consumption of pesticides with the food we eat, there are also potential hazards for the workers applying the chemicals, both in the UK and abroad. While health advisors are encouraging people to eat more fruit and vegetables, fruit is being destroyed under a CAP scheme. Intensive production of just a few varieties leads to a greater risk of shortages and gluts. Fruit is dumped in landfills sites or fed to pigs, although they could have been offered free to schools and charities.

Policy recommendations
The reports call for greater support for local, traditional orchards, producing fruit using sustainable agricultural methods including organic production. They urge the government to make more agri-environment grants available for creating and maintaining orchards. And they call for supermarkets to take a lead in stocking local varieties of fruit transported direct to the nearest branches, where they can be promoted and marketed for their positive environmental and health qualities.