Consumers in Europe pay inflated prices for their sugar whilst the excess production from Europe is dumped on the world market, depressing prices and causing economic hardship in many poor countries. Meanwhile European beet farmers are still paid large subsidies. This report also reveals that hidden sugars in our food are on the increase. 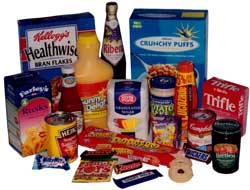 Humans (and other mammals) are born with a natural inclination to enjoy the sweet taste of sugars. This has been used by food and drink companies to help sell their products. Sugars contain no micronutrients and provide empty calories. Sugars have also been implicated in a number of diseases and health problems including: