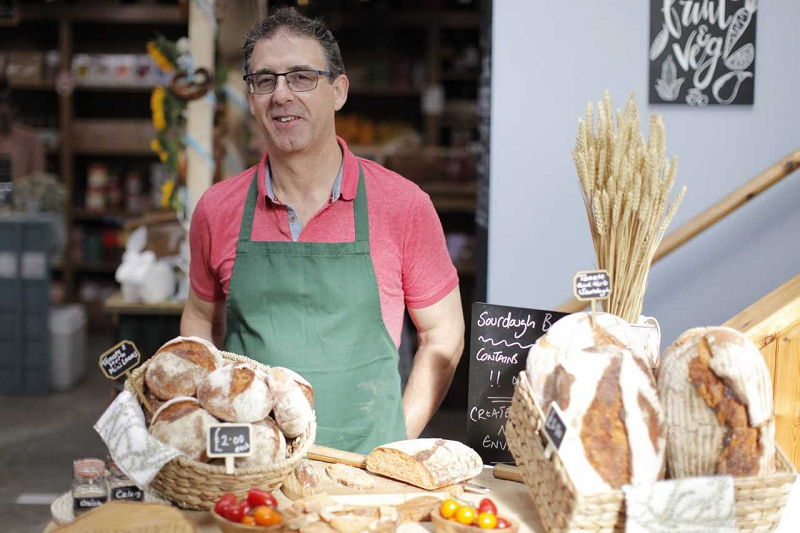 To mark the milestone, the Real Bread Campaign supporter, based in Westmoreland Dales, Cumbria, put on an event to celebrate his achievements over the past 12 months. The event at Newbiggin on Lune’s Village Hall attracted crowds, with a queue outside of the door for over two hours. Owner and head baker, Mike said he was “truly humbled” by such a widespread response from local people.

Mike also used the birthday party to raise awareness of Real Bread, displaying real sourdough against sourfaux alternatives, accompanied by a list of additives found in mass-produced loaves. He also displayed his ‘foaming pot of starter culture’ as well as a selection of his ‘Taste of Tuscany’ biscuits and cakes.

Despite only opening its doors in May 2017, it’s been an eventful 12 months for Ivy Cottage Baker: Mike appeared on BBC 2 in Tom Kerridge’s Top of the Shop, won gold for his beetroot and thyme bread at the World Bread Awards, achieved significant media coverage in the local newspaper and has consistently sold out at local events.

If you are interested in holding your own leaven lovin’ event, join in this #SourdoughSeptember where Campaign supporters and friends will be celebrating genuine sourdough, the people who make it, and get people involved by running sourdough baking classes, giving away starter, and more.

Download Knead to Know, the guide to setting up and running your own microbakery.