This little piggy went to Mercato 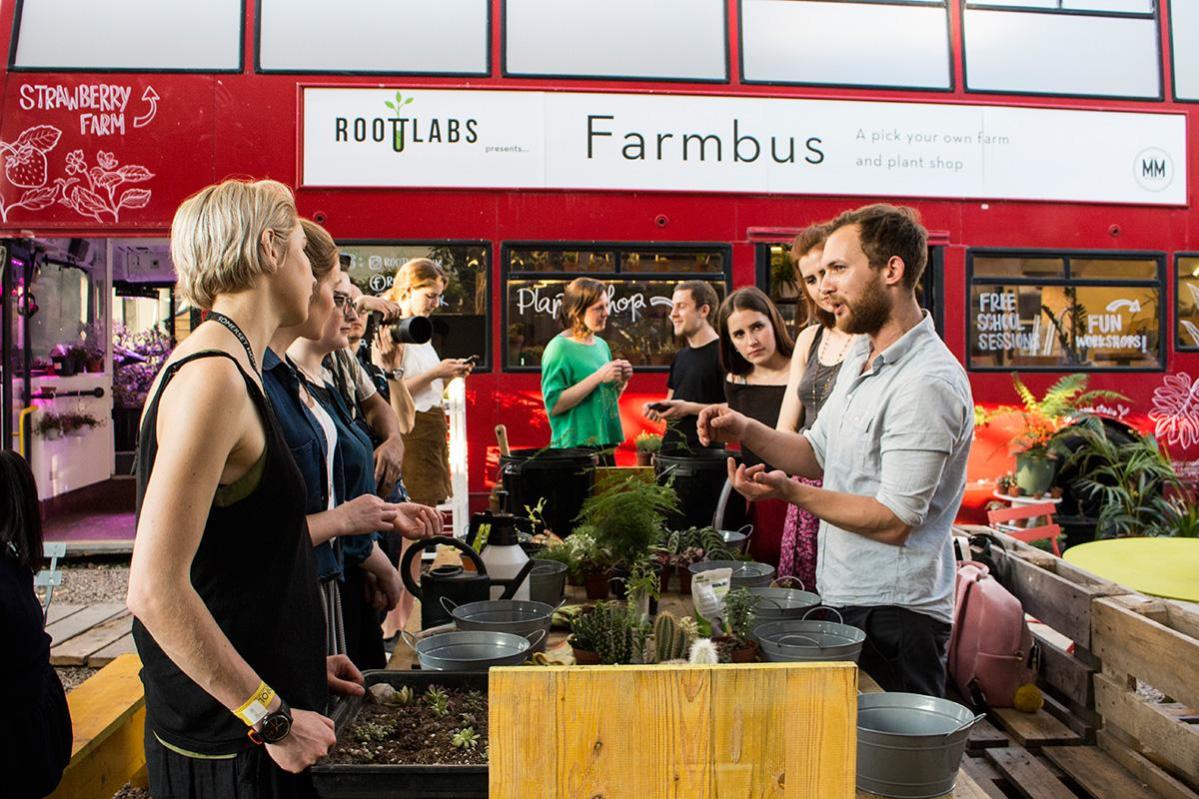 Nestled between a garage and The Elephant and Castle gyratory is an unlikely location for a food market. But, as Andrea Rasca, the founder and self-titled Chief Executive Dreamer of Mercato Metropolitano, tells Fran Bernhardt, that’s half the point.

Last summer, Rasca told Imperial College business researchers: “Our core mission is to regenerate the local areas where we operate by making a positive and inclusive impact on local communities.” The medium for doing that? Great food, of course!

But these aren’t just fanciful notions. After launching several successful international food courts, Rasca began to question the impact of his work. “A retailer should be profitable because it sells products, not because it’s able to squeeze out its suppliers,” he said. To prove that it was possible, he built those values into his new business.

Mercato Metropolitano’s first trial run launched in Milan in 2015. The pop-up market was such a success that another in Turin soon followed. September 2016 saw the London launch, which proved equally successful welcoming 1.7 million customers in first six months, generating over $6 million in sales and bagging a spot on a Financial Times’ ‘Five of the best: London night markets’ list.

There’s certainly a buzz about the place. The airy but rustic converted paper factory, with generous walkways and communal seating, lends itself to friendly conversations. Visitors come and go, taking in the colourful market stalls, the music, and of course, the dizzying array of world cuisines with what everyone seems to refer to as an ‘Italian soul’. From what I can gather, this translates into a big Italian presence in the stalls and an injection of Italian passion for food into the other cuisines. From Turkish kebabs to French cheeses and wines to Japanese noodle bowls, it seems this market could satisfy any group of fussy-eaters. And the chatter from many different languages serves as a welcoming stamp of authenticity and celebration of diversity.

But in the fiercely competitive capital, how can the market afford to look at anything other than financial returns? Ironically, it was those very attributes that brought a financial advantage. The Peabody Trust, which owns the site, felt that Andrea and co’s aims so neatly aligned with their own that they charged a lower rate.

Consequently, MM can better support businesses at their stalls. Amedeo Claris, the Chief Operating Officer, explained that by taking a cut of vendors’ sales instead of charging rent, MM invests in their success. They’ve hired an executive chef specifically to help vendors hone their sourcing, cooking and presenting skills. For the small businesses, it’s a valuable opportunity to test out their ideas without much initial investment and lots of support. For MM, it ensures authentic, high-quality products.

Amadeo also explains that up to 20% of the space at the site is dedicated to “short to medium-term concepts and pilot projects that embrace our values and principles of sustainability and artisanship, where we expect little or no monetary revenues on the basis that they contribute to our strong brand and generate diversified footfall.” This experimental hot-bed has led to Article No. 25 growing oyster mushrooms on spent coffee grounds (see issue 55), a microgreens lab and Farm Bus, a vertical hydroponics strawberry farm in an old double decker.

It’s these, as well as the children’s cookery classes, food-growing sessions and the experiential cinema that attract the crowds. It’s also hosted one-off events like the UK’s largest Disco Soup with Feedback as part of London Food Link’s Urban Food Fortnight last September, which saw over 1000 people share a meal made from surplus food.

It’s a busy place! In fact, as I sat down to talk to Charlotte Whiting, Head of Sustainability, we were surrounded by a hubbub of energetic European accents from a crowd of people, some cradling camera equipment focussed on Andrea Rasca at the centre. We later learn it’s for the Greek version of Masterchef. Charlotte’s face broke into a knowing grin. “There’s always something crazy going on here” she said with a chuckle.

What’s even more impressive is what’s not on show: The ambition to make this marketplace truly environmentally sustainable. Before they join, vendors must sign up to MM’s value system. Charlotte explained that vendors’ supplier forms, packaging and menus are all rigorously checked, and MM regularly suggests more sustainable and healthy options. They plan to install solar panels and create an on-site composting system; they’re redesigning their bins and recycling stations and vendors share resources to reduce waste. For example, the hot water generated as a by-product by the on-site German Kraft Beer microbrewery is fed to other stalls for their washing-up.

But Charlotte was quick to underline the work still to do. Clasping a disposable coffee cup, she explained that MM is trying to create an environment where everyone understands and values sustainability. “It’s a work in progress. For a while, one of the stalls was using ceramic bowls but they got smashed or went missing and that’s a big cost to them, so they switched to disposable. It’s about constantly weighing up those issues. It’s going to take time to change people’s habits.”

It’s this realism intertwined with endless hopefulness and enthusiasm which I’ve come to realise is the signature of Mercato Metropolitano. And it’s this which will undoubtedly see them through their ambitious plans to launch three more sites across London in the next five years as well as one in Paris. Each curated to their community’s needs and resources, and each aiming to prove that there is a better, fairer way to do business while enjoying good food.