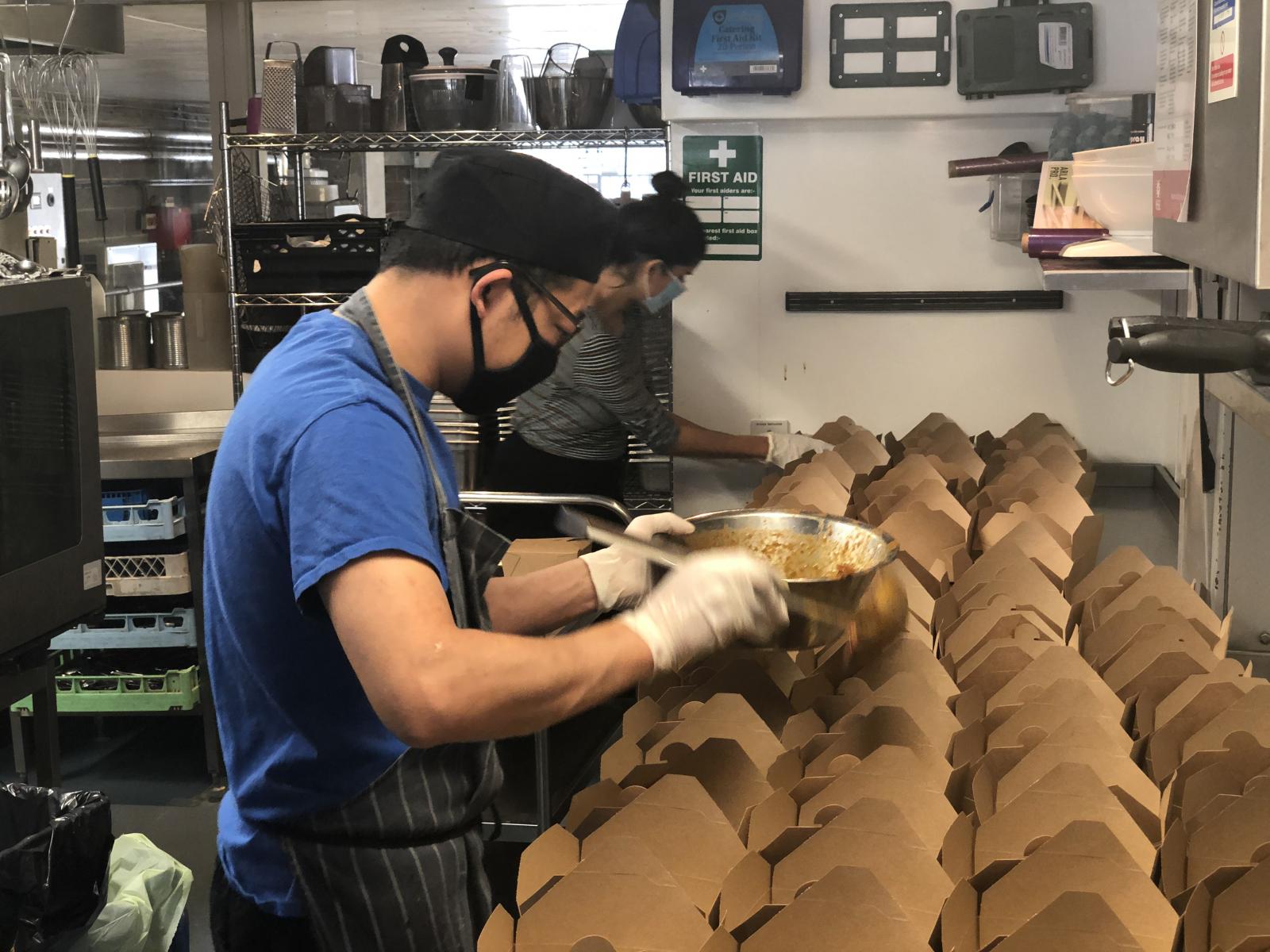 Annie McBay and Emma Weatherill talk to three of the captial's good food restaurants on a mission, to see how they have adapted to Covid-19.

After restaurants closed their doors in March many have laid dormant waiting to see what the future held. But a handful have been extremely busy behind the scenes, and nowhere is this more evident than in restaurants driven by an social and environmental mission!

To say that The Clink is no ordinary restaurant is an understatement – it is situated inside HMP Brixton and staffed entirely by inmates. The restaurant was created to offer prisoners a chance to earn City & Guild accredited diplomas in professional cookery, food and beverage service, food hygiene, and horticulture. Armed with these skills and an exemplary support system post-release, former prisoners are able to confidently apply for jobs and start anew.

Inmates with 6-18 months left on their sentences can apply. They then go through screeing and ‘restorative courses’ to ensure they can safely work with the public before learning how to grow food, prepare ingredients, and serve meals, working 40-hour week.

"We replicate a real-life working environment," says Clink Chief Executive Christopher Moore. "If it doesn’t feel like prison, they don’t behave as if they’re in prison." Prospective employers are invited to dine at the restaurant, and graduates have found jobs at acclaimed restaurants including The Hilton, Hawksmoor, Royal Lancaster London, and Kew Green Hotels. The Clink also ensures that graduates have ample support post-release, everything from finding a new home to opening a bank account.

The Clink in Lockdown

On the 23 March The Clink stopped training and closed their restaurants, furloughing their training and operational staff. But they did keep their support workers on to support their 100+ graduates in the community and another eight due for release shortly. Christopher adds "it became apparent within the first week of the shutdown that our graduates were finding it very hard. Some losing their jobs, accommodation and employers not paying them on time.”

This led them to launch an appeal, the ‘COVID-19 Clink Graduate Emergency Support Fund’. To date this has raised over £58,000 and the money is providing accommodation, nights in hostels, top up payments when salaries have not been paid, clothing, and emergency food supplies. Christopher is incredibly grateful, with the money being used in all kinds of ways, "we even bought a second hand bicycle last week for a graduate in Cardiff who has been cooking meals daily for his grandmother and was then walking 20 miles a day to deliver it to her".

At the beginning of May, The Clink training kitchen at HMP Brixton brought back some staff and students from furlough to cook takeaway lunches for the prison staff on duty. They are also offering a pre order service called 'Clink and Collect' which enables prison staff to pre order meals to take home at the end of their shift to save them shopping and helping them minimise the risk of becoming unwell. They are hoping to open up this service to the public very soon.

Even during lockdown The Clink continues to change attitudes, transform lives, and create second chances which ultimately reduces reoffending. Support workers have received many messages of thanks from their graduates including one person who said “Thank you so much for the vouchers this is a scary time for me… if I didn't have the Clink to help me I don't know what I would do.”

Like The Clink, The Three Stags in Kennington, south London is a founding member of the Sustainable Restaurant Association and good, sustainable food really matters to them. So when lockdown was announced and they were suddenly left with a lot of ingredients that were about to go off they knew they had to do something about it. Richard Bell, the owner of The Three Stags, also had a special item that he didn’t want to go to waste: “a sourdough mother that needing feeding and baking off, otherwise we start throwing the excess away.” So they did a call-out to locals and decided to give away sections of the sourdough mother to anyone that might want to bake, along with excess ingredients such as potatoes, avocadoes and flour. The split up sourdough was such a success that it spawned a lockdown SE1 sourdough baking club.

But there was still more that they could do to help. Richard says that their local councillor got them in touch to let them know there were some vulnerable people living in the flats behind the pub. So The Three Stags started cooking and donating food to them a few times a week. Richard believes that in lockdown “we have engaged more with our locals and have a better profile than before”.

As well as being a tasty place to enjoy some food by the canal, the Waterhouse is also a social enterprise run by the Shoreditch Trust. Normally they run Blue Marble Training to support 16-25 year olds getting into the food sector, but in lockdown they pivoted to become an emergency hub, delivering free meals to families struggling to access food.

Cat Whitehouse, Communications Manager at the Shoreditch Trust, says there have been some challenges such as using gloves during food preparation, which for a restaurant that prides itself on their sustainable values and reducing plastic waste, was difficult but Cat said they’ve found some solutions: “we're using cotton reusable masks, and wherever possible the packaging for meals and the food parcels is still biodegradable. Using donated ingredients from FareShare helps to save surplus food it from landfill, oddly making us more sustainable than before!”

Know of other restaurants on a mission? Let us know - we are always happy to share your good food stories.

Restaurant talk built up your appetite? We've rounded up the best places to order from in lockdown.