How will supermarket mergers affect London? 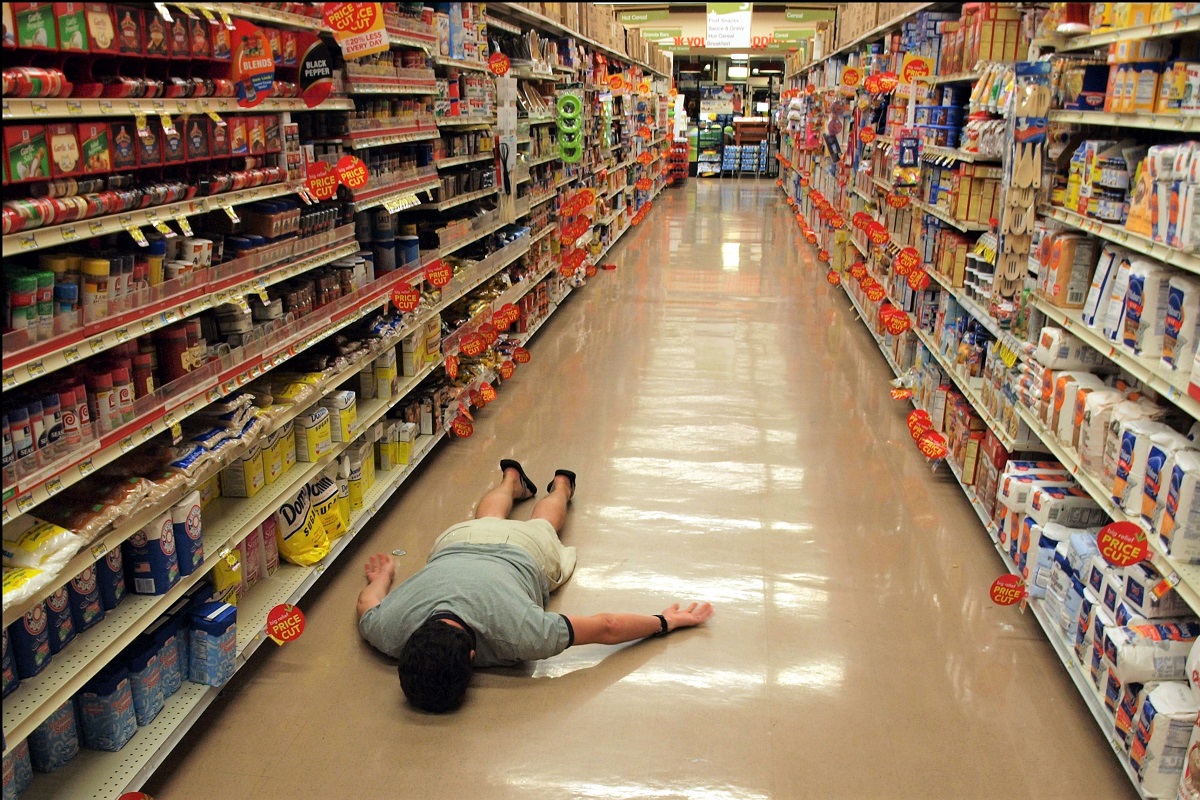 Picture: Floored? Jerry in the sugar aisle face down by TheeErin CC-BY-SA-2.0

The UK supermarkets have seen major disruptions of late, with the rise and rise of Aldi and Lidl alongside the growth in on-line purchases. The revolution ramped up a notch in May with asurprise move by Sainsbury’s, says Vicki Hird.

You could argue that Sainsbury’s announcing it intends to buy Asda from US parent company Walmart, in a deal worth nearly £3bn, is a sign of the beginning of the end of the big retailers as we know it. Maybe it is but for now the proposed mega-merger is likely and we should ask: How will this affect Londoners, if at all? Will jobs be lost, prices changed, and will we lose choice and number of stores?

Job losses
London has few Asda stores – a quick check brings up only 10 in the greater London area and it is more dominant in the north of the UK. Sainsbury’s, on the other hand is a London dietary staple. There are 354 stores and probably more on the way. Londoners love Sainsbury’s and will hold its HQ in Holborn with pride - until it is closed that is as the new merged HQ is now set to be based in Leeds).

There are two direct ways this merger could affect Londoners and some less obvious indirect impacts of concern. The direct impacts could include:

The indirect impacts may be more subtle and over a longer term, concerning the way in which these hugely dominant companies - with intense, on-going price wars - affect farmers, the farmed environment and our health.

In announcing the merger, Sainsbury’s said it anticipates ‘a 10% cut in prices of favourite items’ but that is a promise with both an uncertain future and repercussions for jobs and livelihoods down the food chain; more of that later.  The companies have also pledged not to close stores or lay off store staff: a rather unbelievable claim.

Lost local choice?
When a big corporate merger like this is proposed the government has to check whether it will harm consumers. The Competition and Markets Authority (CMA) which oversees competition law will look at where company stores overlap and whether combining the two companies will mean lost local choice for consumers eg a high street with three different stores will have two after the merger. If choice is unacceptably reduced the CMA will force the company to sell off stores to competitors.

As the two companies contrast in their consumer base and store location, many commentators are suggesting forced store sell offs may be small - perhaps as low as 15 nationally. For the London area, forced store closures are unlikely but the upheaval overall may lead to closures and impact in distribution and the backrooms

The final giant company will be an overly dominant player nationally with a huge share of the food market and it is clear the CMA lacks the teeth to stop such concentration, as it proved in 2017 when it let Tesco buy the wholesaler Booker. Planning regulations, which should protect retail diversity in the high street, are also not up to the job.

Concern to Londoners
In London food choice is abundant, with a huge range from farmers’ markets and delis to most of the big retailers and high-end stores. Yet further concentration of power should be of concern to Londoners.

For many years, the growing power of Tesco (over both suppliers and also the planning regime) has been a source of despair for suppliers like farmers and independent stores. Low prices and unfair trading practices are rife and harm farmers. After the buyout, the new mammoth multiple will control over a third (32%) of the UK grocery market meaning that, like Tesco, this new company will have huge buyer power.

Put bluntly, one supermarket category buying manager fewer for potatoes means the UK’s 2,000 UK potato farmers have greatly-reduced options of who to sell to; making price and other negotiations harder. Across all food lines, and global suppliers, this will have severe repercussions, with one MP recently describing it as “screwing suppliers into the ground”. Many small food suppliers, here and overseas, are already struggling to make a profit and face uncertainties ahead with Brexit and new trade deals.

When retail buyers can, and do, a worse deal, suppliers either go out of business or there may be compromise on workers’ rights and wages, environmental protection, nutritious ingredients and food safety. This is a problem in the whole supply chain and we need to establish a new regulator to support fair trading practices along it.

Safe, humane and sustainable
It is in all our interests for diverse network of often small scale suppliers - from UK farmers and growers to global fashion suppliers – to be treated fairly and paid enough to be able to pay workers well and to grow or produce raw materials safely, humanely and sustainably. Price cuts mean standards, even wages and jobs may also be cut and will lead to knock-on impact in the communities where farmers and workers buy their services or send their children to school.

Do Londoners really want more meat scandals, abuse and environmental harm in our food system? Instead we need to see that sustainable, ethical farmers and shoppers (or should that be food citizens?) have more opportunity to make better connections so the food pound reaches where it is needed.

What you can do
London needs to do two things stop further concentration of power:

Without the twin approaches of nurturing new better retailers and curbing dominance, the race to lowest value and price and diversity will leave most of us all the poorer.