Stories from the soil 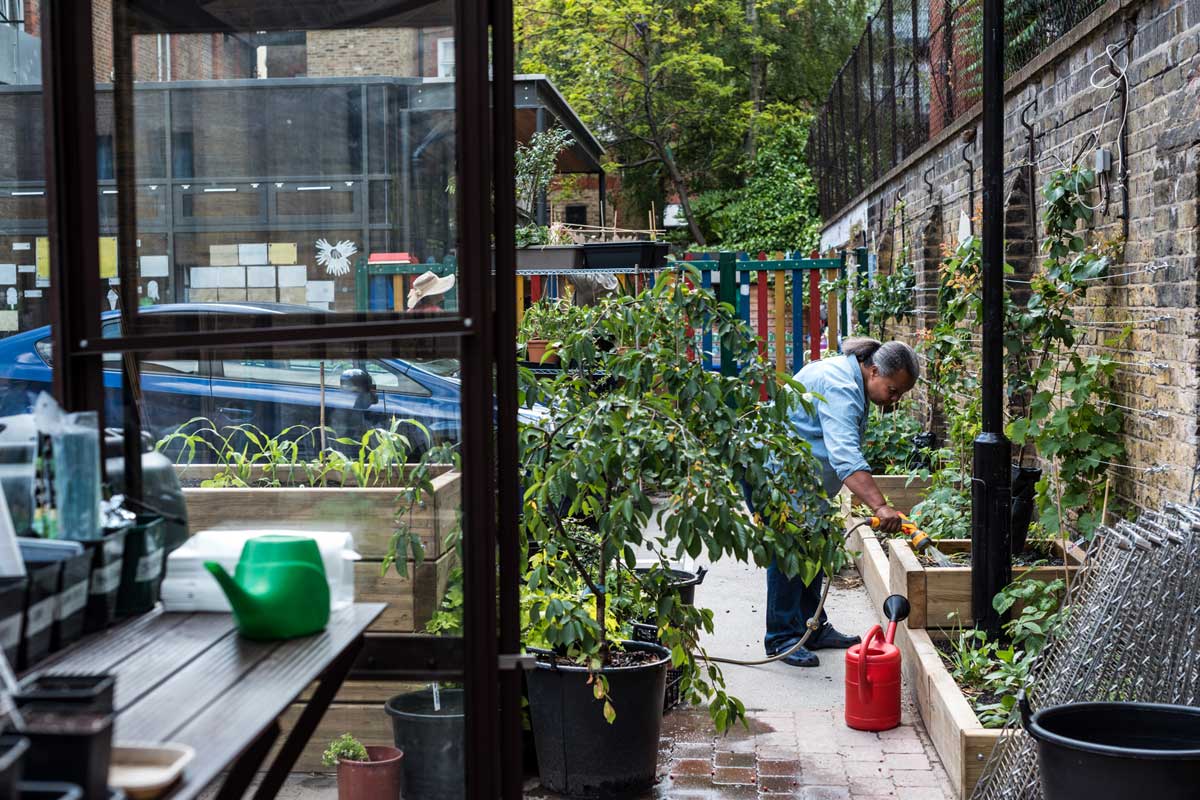 In the 19th century ‘Cabbage King’ Alfred William Smith sent 50 tonnes of veg to market each day from his farm in Feltham, south west London. Today most of London’s food growers make do with allotments and rooftops but they still play a vital role in shaping our city. London’s Capital Growth food-growing network is sharing the stories and skills of these growers, past and present, through school workshops, visits, archive research, courses and oral history interviews as part of Growing Culture, funded by the National Lottery Heritage Fund.

Visits to archives, like Valence House in Barking, unearth fascinating tales of food growing at historic moments. Acknowledging the emotional and dietary support allotments offer, the 1947 book Danger over Dagenham revealed how ‘men, and a few women, turned to the soil for relief and quiet’ during WWII. But post-war this changed. As Christina Fox, chair of London’s oldest allotment site, Northfields in Ealing, explains: “Allotments come in and out of favour. During WWII they were a great way to supplement your food rations, then interest declined. Plots became overgrown and the council built on a large chunk of our land in the 1970s. Now there’s been a revival – it’s as much about spending time with the family as it is feeding them.”

Family is especially important to one of London’s newest growers. 18-year-old Samika Barclay learnt about food growing as part of the Seeds for a Better World project, run by Global Generation who set up the King’s Cross Skip Garden. “I love to share what I’ve learned with my family,” she says. “Before, they used to just go for whatever was cheapest in the shops.” Samika’s experience shows the power that growing can have on food habits and ultimately food culture. “I feel like I’ve got knowledge I can share now.”

To store and share their new knowledge, Samika and friends helped to create the London Freedom Mobile Seed Bank: 20 clay pots containing seeds saved by London growers, from leafy green callaloo to Mayan Jaguar lettuce. Each pot, when held over a special speaker, shares the story of the seed.

It’s a fruitful idea. Spitalfields City Farm, another Growing Culture host garden, also has an interactive seed library. The library tells stories like that of Lutfun Hussain, who teaches fellow immigrant gardeners how to grow the vegetables they might remember from home. When Lutfun first arrived from Bangladesh in 1969, she desperately missed the taste of kodu gourds, lablab beans and amaranth grain. Despite the English weather that foiled her first attempts Lutfun’s persistence paid off. “I am proud that I am the first to grow these vegetables from Bangladesh successfully in London,” she says.

It’s this pride that Janelle Conn, who runs Growing Culture, wants to reflect. “We’re excited to be exploring and showcasing how London’s food growing heritage has contributed to the culture of families, communities and our city. Celebrating this will reinforce the importance of the amazing work London’s food growers do every day to make our city greener and healthier.”

Want to find out more or have a story to tell? Visit www.capitalgrowth.org/growing_culture