From biodiversity to diversity: permaculture in garden, community and society 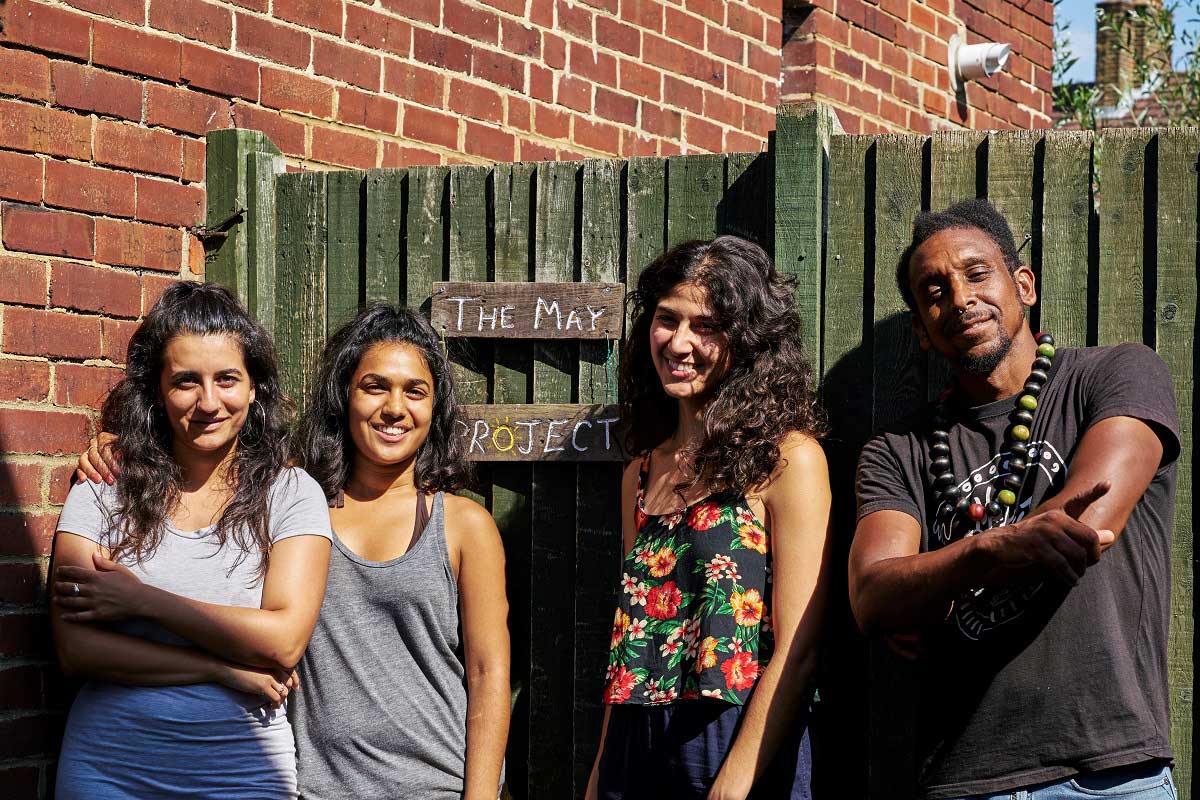 Over 11 years after its inception, MPG has created a community based on the permaculture system to help people to live sustainable, healthy lives, offer a safe space for people to spend time in and educate and empower under-represented voices in London.

May Project Gardens in Morden was founded by Ian Solomon-Kawall and Randy Mayers in 2007 and is now co-directed by Ian, Mona Bani and Zaira Rasool.

The team is proud of the fact that they reflect London’s diversity, from people of colour, people with child-caring responsibilities, women and refugees ­- representation that they’re conscious is rare among many organisations, especially in gardening. Ian always articulated the voices of the minority, but his confidence to do this grew as he became more immersed in and inspired by nature and began to understand how biodiversity works so successfully in other systems. ‘Why has it taken so long for humans to get on board with diversity’, he wonders, ‘when it predates humans in nature’?

This realisation, he says, has given him the confidence, backed by an authority he draws from nature itself, to create an alternative grassroots model of education and empowerment, together with Mona and Zaira, to help people access resources and work against poverty as well as those power structures that fail to engage successfully with minority voices.

The team’s success in delivering workshops that give young people sustainable knowledge of health and wellbeing and create positive engagement as well as strong community resilience and identity through nature, music and culture, mean that their work is now in high demand. Self-funded for 9 of the 11 years of the project, Ian is now focused on introducing a commercial framework to the community model, partnering with businesses in order to empower his own strength and ability to increase capacity and find the resources to expand May Project’s education projects to a wider population.

How do the directors see the future of the May Project Gardens? The garden is now much more about nurturing a safe space for workshops, healing, communication and less about aesthetics and growing food, a testament to their community work - and busy work schedule. This transformation of his garden into a social space reflects Ian’s overriding vision of social change based on nature’s biodiversity and the team plans to focus on two of the key programmes, Come We Grow and Hip Hop Garden (winner of the 2015 Mayor of London’s Team London Award) to drive change in London and beyond.

Find out more and support May Project Gardens