Tails of Herring Do 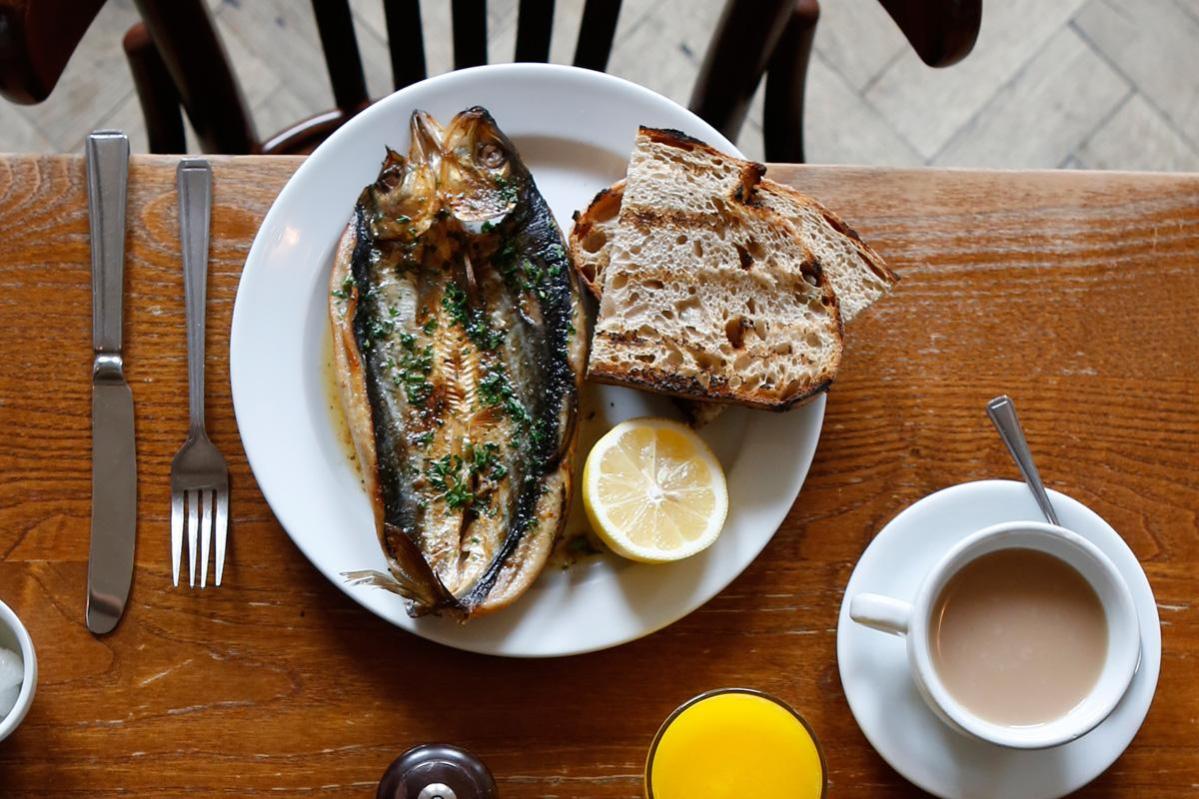 It looks like herring is making a comeback, says Becca Roberts.

The herring is a small, silver fish, whose name derives from the old German word for multitude, referring to the abundant stocks found in Europe in the 1800s and early 1900s. In 1913 alone, more than 10,000 boats flocked to the coastline of Scotland to fish the vast herring shoals.

Yet, as the age-old saying goes, you can’t have your herring (okay, cake…) and eat it. By the 1970s, the ferocious over-fishing of the ‘silver darlings’ led to the collapse of the British North Sea herring fishery. The response was habitat conservation, transplanting eggs into new sites and a complete ban on herring fishing for four years to allow stocks to recover.

Since that time, five fisheries around Great Britain and Ireland have been awarded Marine Stewardship Council (MSC) status for their role in replenishing and sustaining fish stocks. The closest to London is Hastings, which was certified in 2005 and won the Billingsgate Sustainable Fish and Shellfish Award 2012.

Now, not only does it offer a more sustainable alternative to overfished cod and tuna or intensively farmed salmon, but herring has been further popularised in the quest for healthy, seasonal and local diets. Naturally rich in Omega 3, vitamin D and polyunsaturated fats, herring is essentially a pharmacy in fish form.

Once caught, the culinary quest begins. With such historical abundance comes a rich gastronomy surrounding herring, particularly in Nordic and British cuisine. For example, in Scandinavia, herring can be cured in a strong brine with added vinegar, peppercorns, bay leaves and onions to make the well-known rollmop. In Sweden it is fermented to make the more pungent surströmming. Closer to home, herring has been rolled in oats and fried in dripping to create a Scottish staple meal; or brined then smoked - whole as a bloater or split as a kipper.

Wahaca, another champion of MSC certified and lesser-known fish species, draws on Mexican techniques, and flavours such as fresh lime, chilli, onion and coriander, to create herring ceviche and tostadas. Drawing on Nordic cuisine, pickled and other cured herring often feature on the menus of Fika on Brick Lane and The Scandinavian Kitchen near Oxford Street, which also offers jars of curried sill and tins of surströmming.

There has also been innovation, experimenting with novel flavours, textures and aromas. One example is Feng Sushi, where Japanese cuisine meets Nordic influences. “People associate herring with kipper and rollmops. They are very delicious but they mask the flavour; herring is actually very delicate,” says founder and head chef Silla Bjerrum. The soft flake and high oil content means herring works well in dashi broth, or flash cured in vinegar and kombu seaweed for thirty minutes to make sashimi.

And if you want to DIY, Cookery School on Little Portland Street offers classes including how to souse herring, a perfect accompaniment to salad or sandwiches.

With sustainability and delectable recipes both being factors in herring’s resurgence in the London food scene, which one is more important to consumers? Silla reflects: “When it comes to actual demand for herring, there is still a long way to go. There is a fine line between ramming herring and the message behind sustainable food down peoples’ throats, and letting them choose a meal as they are hungry.”

What is important is that even if consumers are not actively buying herring because it is a sustainable choice, a restaurant serving fresh, local, certified sustainable fish still supports the ecosystems and fishing communities that underpin its revival.

What is a red herring?

Dried and smoked long enough, the herring develops a rusty hue. This pre-refrigeration preservation also creates a pong pungent enough to throw one off the scent…

Around Town: A Festive Edition