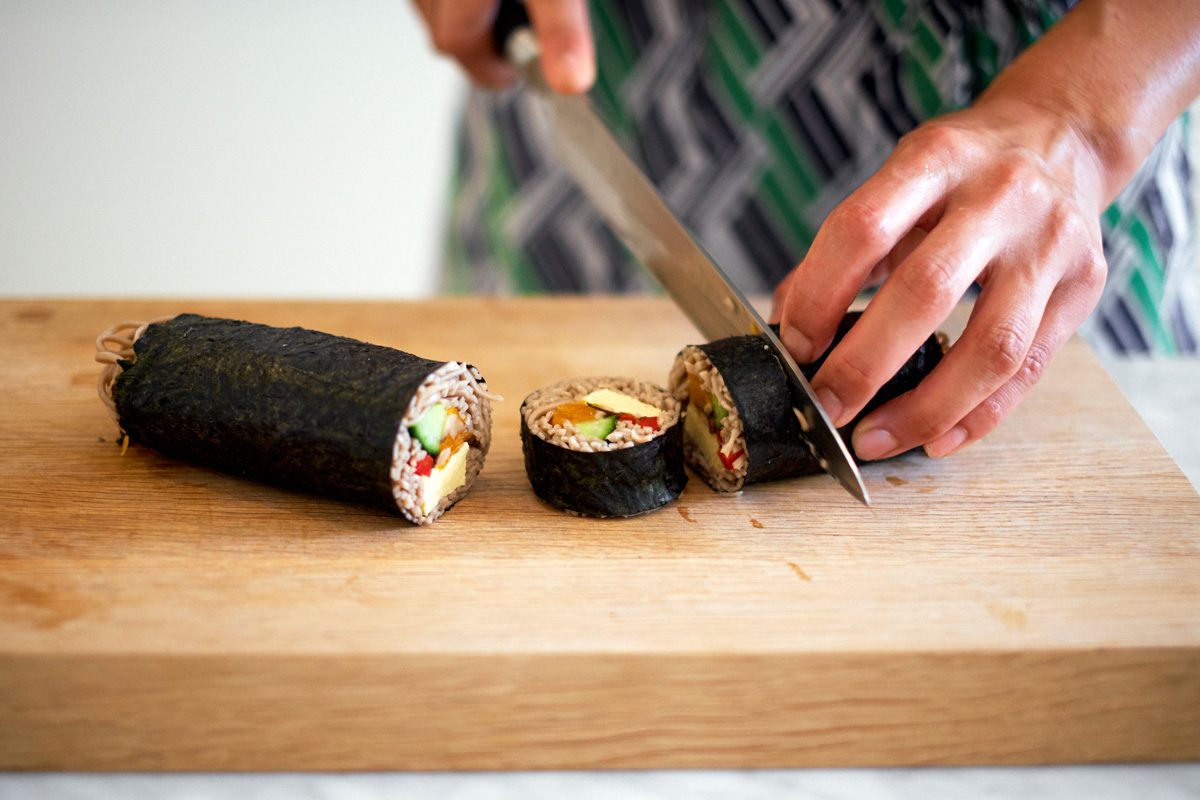 Japanese food is an ever-more common feature of the capital’s menu. We asked London-based chef, food writer and teacher Yuki Gomi what this means for the conscious eater.

Say Japanese food and many people first think of sushi. Although supermarket sushi is a common sight in Japan, it never fails to surprise me that it rivals the range of sandwiches as a lunchtime choice in London, too.

I have never thought of it as a food to be bought from a supermarket fridge and eaten in front of a computer, though. It really should be a treat, something to look forward to for a special occasion. This is not least because, for most people, sushi means fish, and I’m certainly not the first to think that fish or meat should be considered a treat. I still advocate enjoying delicious, well-sourced, plentiful fish once in a while when they are in season, and indeed in my recipes and cookery school I teach many dishes that use salmon, herring and sea bream, amongst others.

The focus of Japanese cuisine is on small quantities of high quality ingredients to impart maximum flavour, and sushi does not in fact need to contain fish at all. A real delight for me is teaching people, including children, how to make vegetarian sushi with ingredients that have a similarly attractive tastes and colours. I have developed many sushi dishes that get their rich flavour from vegetables, mushroom stocks and other ingredients.

fish or meat should be considered a treat

In Japan, the source, history and quality of ingredients is becoming ever-more important for many people. We have a saying that you may have stumbled upon: chisan, chiso, which means produce locally, eat locally. It is a favourite talking point with my mum and family: we spend hours discussing the best local producers in our area, Yamanashi, which specialises in soba noodles and sake.

I love the idea of chisan, chiso, the challenge that it sets and what this means to me as a chef bringing my own approach to Japanese food here in the UK. Rather than trying to directly re-create a dish from Japan, a delight is seeing how it changes when classic techniques are combined with local ingredients. I am inspired by the idea that culinary techniques are progressed and developed by travelling and then brought to life with local produce.

You might be surprised to find that some typically British ingredients make regular appearances on the Japanese table. For example crab, smoked salmon, mackerel, tomatoes, asparagus, cucumber, potatoes and English mustard. I love exploring different parts of England at the weekend, then combining the ingredients I have found, such as smoked fish from Norfolk or Northumberland, or Cornish crab to create new recipes. I have discovered that some real classics, such as spring lamb, work very well with Japanese flavours like miso.

Japanese ingredients are being produced in Britain

Of course, there are some core ingredients that I simply couldn’t do without. When I moved to England nearly ten years ago, it was not easy to get many Japanese ingredients, so every time I flew back from Japan my suitcase was filled with them. The five most important are mirin, soy sauce, miso, sake and rice vinegar, which are still not yet produced here but west London company Clearspring imports organic versions.

Excitingly now, some Japanese ingredients are being produced in Britain. Right here in London, Clean Bean is making organic tofu. A little further away, Nama Yasai is growing vegetables and herbs, including mizuna, daikon, kabocha and gobo, without pesticides, herbicides or artificial fertilisers.  Seaweeds such as dulse and kombu are common around Britain and are being harvested, dried and sold by companies including Mara and Cornish Seaweed. Even Europe’s first commercial wasabi farm is here in Dorset.

When it comes to dining out on sushi, Moshi Moshi is one of the few restaurants in the UK with MSC Chain of Custody, and has won many awards for is work following and championing sustainable fish sourcing policies.  Fellow Sustainable Restaurant Association member Feng Sushi is similarly committed to sustainable sourcing, seasonality and social projects. Meanwhile, avoiding the ethical minefield of fish altogether is Itadaki Zen, the first vegan organic Japanese restaurant in Europe.

So, whether you are going out, or preparing your own Japanese food at home, it is becoming ever easier for Londoners to eat more ethically.

Forget bluefin tuna, salmon and eel, there are plenty of more sustainable (and cheaper) options. Here are half a dozen to start:

If in doubt, check the MCS Fish Finder app: fishonline.org/fishfinder

NB Fish eaten raw needs to be sushi grade, or just caught and guaranteed free of parasites – a good fishmonger should be able to offer guidance.